Lasagne has become a British classic. It’s on nearly every pub menu and it’s certainly a favourite of ours. We’ve even been known to enjoy it with chips! Over the years we’ve made lasagne with meatballs, fish, everything but the kitchen sink, but now we’ve gone back to basics. This new recipe has a simple meat sauce and no need to make a béchamel – we use plenty of ricotta cheese instead. If you’re cooking for two, you could make the full amount of sauce and stash some in the freezer for another time. Then just halve the rest of the ingredients. 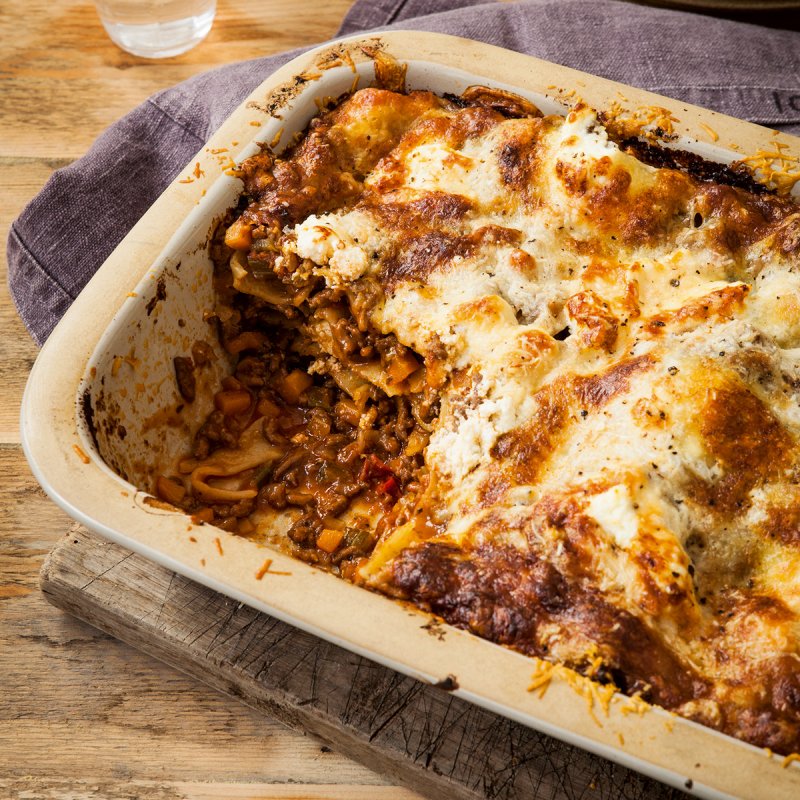