Everyone loves a trifle. This pudding looks very posh but it’s really just an assembly job. You have to mix the syllabub, but the rest of the work is just piling things into a bowl. Not too hard really when you think of the treat you have in store. Shop-bought custard is fine or make your own with the recipe on page 277. 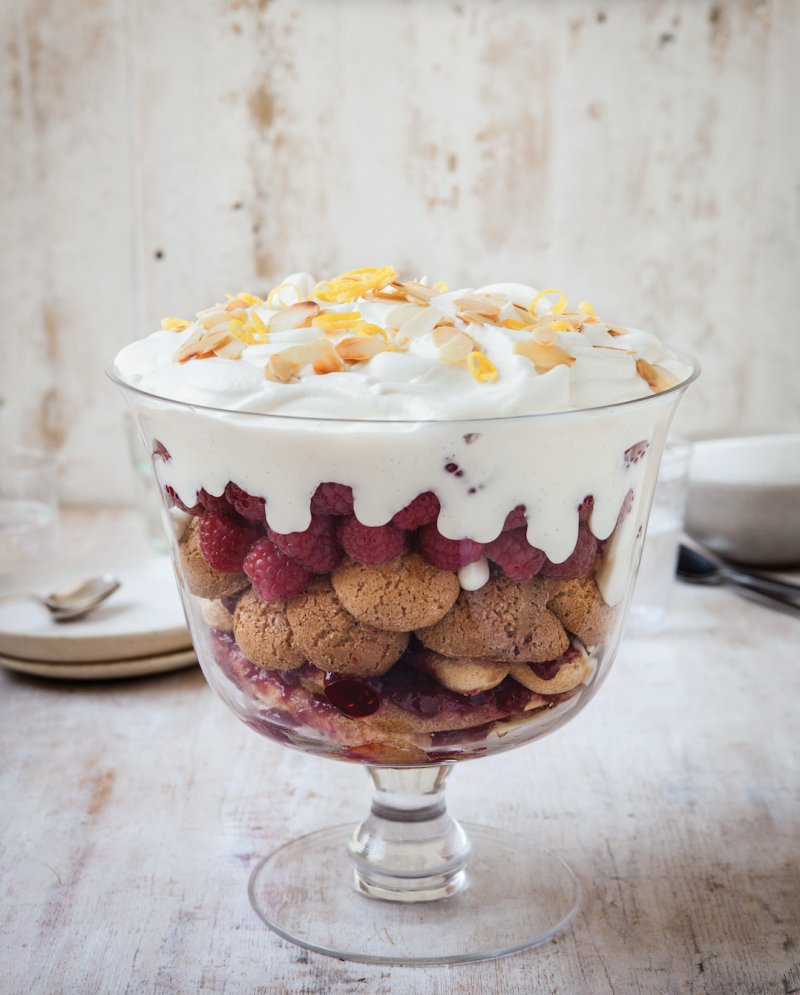