Black pudding, morcilla or boudin noir – we love it all. This is good served on toasted bread as part of a tapas feast or it makes a great starter or tasty brunch. Spanish black pudding is called morcilla but it’s fine to use regular British black pudding and we find that it’s easier to slice than morcilla. We’ve included some of the spices you get in morcilla in this recipe to give that real Moorish flavour. 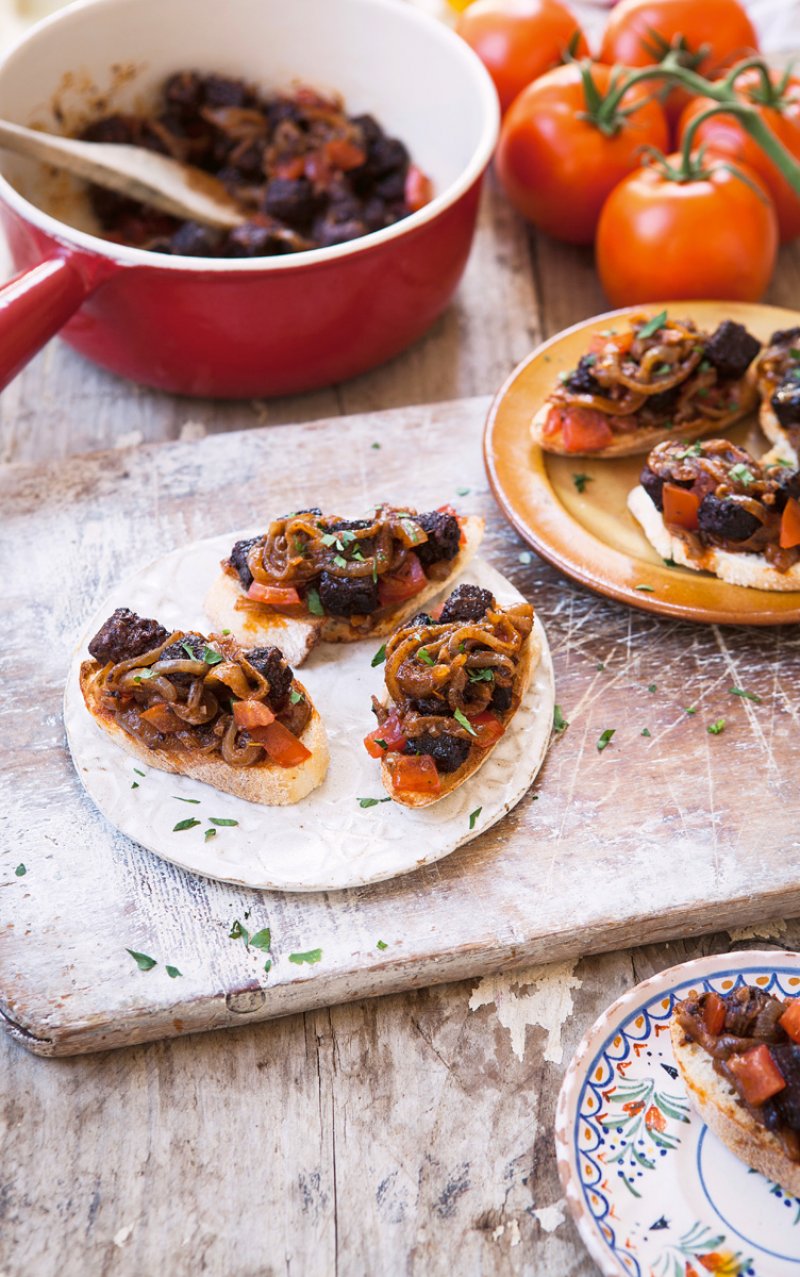